On the morning of July 19, many hands did light work as the Friends of Owl gathered to cut trails and clean up trash along the shore. Marie Knapp shared this – report. It was difficult to find a time when the pandemic restrictions allowed it. This event was a little different than usual. We contacted our current roster of volunteers and found the number we needed. Three pairs of volunteers worked on three different sections along the rugged shore. Because the water level dropped, more garbage was found. Several bags of garbage were left for staff to dispose of. Good work. No problem with distancing when working this way.

Meanwhile, two groups of two and three worked to cut the interpretive trail. Some areas were quite overgrown. The flooding in a few places was unusual but understandable given the downpours we had. The mowing went well and we gave the mosquito population the opportunity to feast. It was great to see new volunteers joining us. Everyone deserves applause for the hard work and volunteerism to improve what we have at Hibou.
We could have another event in the fall. We welcome new volunteers. If you are interested, please contact [email protected] 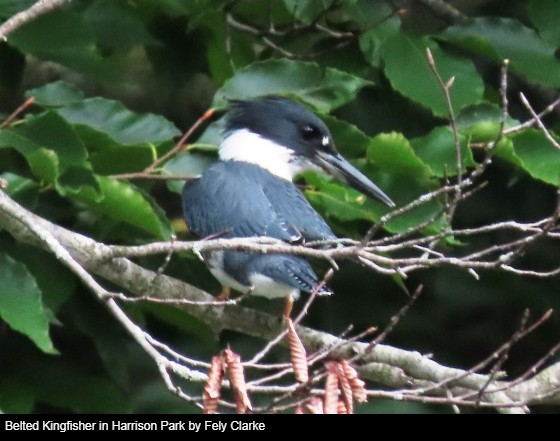 On August 3, Andrea Gress, the Ontario Piping Plover Program Coordinator, on behalf of Birds Canada / Birds Canada, hosted an online season closing event for known nesting sites in Ontario. Most of the event was recorded and can be viewed at the link below. It includes presentations of updates by:

Caleb Johnstone, on behalf of Plover Lovers of Sauble Beach, reported that they only had one late nest with only three eggs. Although all three had hatched, by this time there were still more juvenile gulls on the beach and they are one of the main threats for predation. A day or two after hatching, the first two chicks were predated, and when the third egg hatched, the chick was predated shortly after by a Merlin. The local team continued to develop strategies to make the enclosure area less accessible to gulls with bamboo poles close together, as an example that may be promising for future campaigns. In addition, several visitors showed great interest and supported efforts to support Piping Plovers at Sauble Beach, as they face significant challenges to even maintain their populations;

Monica Fromberger-Darlington Provincial Park reported two nests of four eggs each, only one of which succeeded, these four chicks hatch, eat and grow, fly away and eventually move south.

Due to the pandemic, no team of volunteers were working with piping plover campaigns on Ontario beaches this year. To view the presentation, please visit this link
https://drive.google.com/file/d/1O7d-Bc7E3ParSPBZLEnHNkraq4JzQsnE/view?usp=sharing

NeighbourWoods North hosted its fourth annual garage sale on Saturday July 17th and said, “Thank you to all of our supporters, we won over $ 2,300 at the annual garage sale. That’s a lot of trees! Thank you to both the supporters and the workers for making this event a success. “
In addition, the tree maintenance sessions on Tuesday evening will now be interrupted because they have been so successful that the objectives for the summer have already been reached.
“Thanks to so many volunteers, new and old, we were able to walk a path through the Forest of Hope and Healing this summer while mulching the trees, cutting back the blooms around the saplings and watering when there is water. was not raining.To be clear, this is not the largest healing trail that will eventually go around Owen Sound Hospital, but rather a smaller trail to encourage people to come and see the saplings of close.

I can say from personal experience that this section of the path is a delight, as I have walked sections of it since last year, and I have often observed the changes in the growth and colors of the trees, as well as the monarch butterflies. , and the many species of birds the trail has brought me, including meadow beetle, American goldfinches, kildir and even a Wilson’s snipe that startled me when it came up. flew next to me there last fall.
The most recent announcement is that NeighbourWoods North and the Owen Sound GBHS Hospital hosted a grand opening earlier this week for the amazing and beautiful Welcoming Garden (which started in 2020), and a reception to thank those who have contributed and supported this special endeavor. 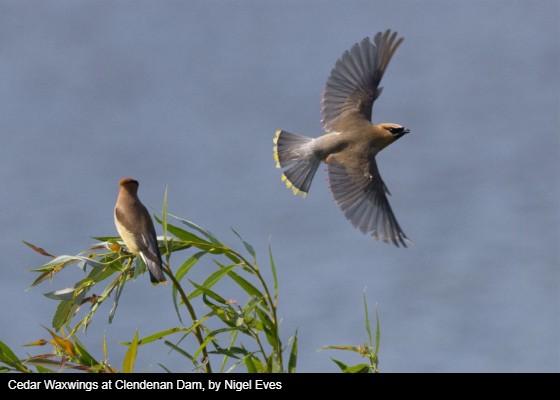 Bob Knapp of the Sydenham Bruce Trail Club sent me this report:
On Friday August 13, a bioblitz was organized by the Bruce Trail Conservancy to examine flora and fauna. The event took place on the recently purchased 75-acre Bruce Trail property called Colpoy’s Cavern, near Bruce’s Caves.
The group was led by Bruce Trail environmentalist Mara McHaffie. Five Sentier Ambassadors, students hired for the summer, took part. Seven union delegates from the Sydenham Bruce Trail Club also attended. We have scoured the entire property recording anything that interests us.
We found a lot of wild ginger and many types of ferns as well as a few salamanders. The large ash trees still looked healthy, but they are likely to be affected by the emerald ash borer.
What was remarkable was that no invasive species were recorded. This area has had very little human presence except where the Bruce Trail is, as well as the caves.
It was good to meet the young ambassadors who were very knowledgeable and environmentally conscious. Land stewards each have another property for which they are responsible. They enjoyed visiting this unique property with knowledgeable young people.
The recorded data will be used to make a plan for this property.
We are indeed fortunate to have so many Bruce Trail volunteers in the area who are interested in preserving great natural spaces.

It is now mid August and the wildflowers put on a fabulous show all around Gray and Bruce, as I observed while running and cycling here and there – blues, yellows, purples, pinks, whites and various shades of these draw the eye on roadsides and across meadows. Many young birds with their parents are more visible lately – I have seen and heard young House Sparrows, Baltimore Orioles, Northern Cardinals, American Redstart, and this morning a young Gray Catbird.
Two weeks ago, I noticed a flock of a hundred red-winged blackbirds swirling from the gritty side of a road to the nearby wetland just on the outskirts of town.
Tuesday of this week, I asked David Turner of Flesherton if the Great and the Little Knight had ever migrated here, and if so, where they could be found – his response: “Yes, both are starting to come to the North. south now, mostly females and juveniles. Along the shores of the lake and inland, and there will be more in the coming weeks. Warblers are also moving south now. I encountered a large mixed herd at Stayner today. “

Owen Sound Field Naturalists (OSFN) hosted a Moth Night on Wednesday August 4th with guest host Alan Macnaughton. The event took place in the Arboretum area of ​​Gray Sauble Conservation, with around ten human participants that evening and several dozen species of moths, largely due to the variety of habitats that s ‘find there. Several lamp devices were placed and visited later to observe which butterflies were attracted and how many. The weather also cooperated and even mosquitoes weren’t a problem. People kept their distance, while seeing some of the most striking specimens up close, including the Tiger Moths, Little Lined Underwing, and many more. 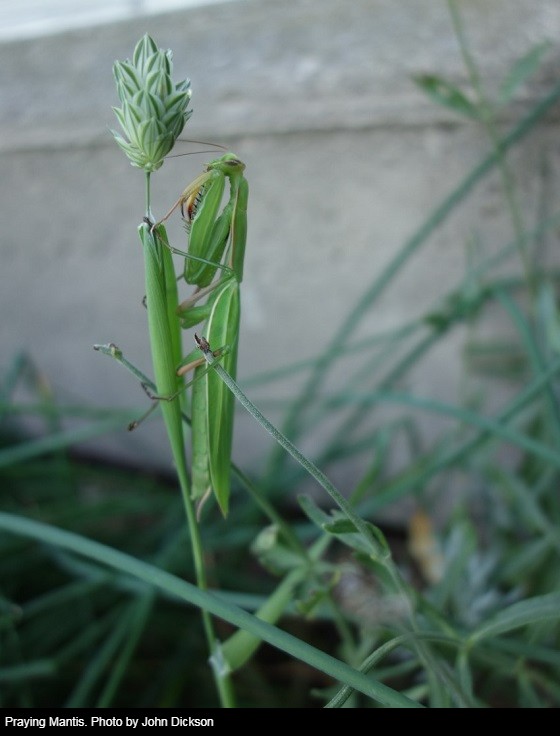 Many thanks to Rebecca Ferguson of Gray Sauble Conservation for her help in making some arrangements to use the site, which turned out to be the most suitable for hosting the event.
In addition to the Wednesday night activities, Macnaughton was able to set up several lights on Wednesday and Thursday nights, then review the results on the mornings of August 5 and 6.
I was able to visit him briefly on the morning of August 6, and I too was amazed by the colors, shapes and sizes I witnessed.
Macnaughton’s report went on to say, “During my 2 night visit to Owen Sound, I had 151 sightings of 124 species of butterflies. I tried to take pictures of every butterfly I saw because that I knew there weren’t many butterfly records in Gray County.
The most attractive species was the Great Tiger Moth, or Garden Tiger Moth (scientific name Arctia caja). I found this in the traps on August 6th. There were 3 specimens of this species. The wingspan is around 3 inches, so it’s a big moth. The link below actually points to 4 images – one is displayed by default, then you click on the thumbnails below the image to display each of the other 3:
https://inaturaliste.ca/observations/90132504
It is not found in the Waterloo region, and this was my first encounter with the species. Marvellous.
The most surprising sightings were two moths under the wings (genus Catocala) which were some distance from previous sightings:
The Judith Underwing is rare (36 sightings in Ontario) and has been previously found near the northern shores of Lake Erie and Lake Ontario, so Owen Sound was not expected.
It was a good night for the moths and the OSFN members! Alan’s enthusiasm was startling as he showed off all the different ways to attract butterflies, display them, and take pictures. He has a vast knowledge which was quite evident.
The event was such a success and Macnaughton was so happy that similar events will likely take place again. Macnaughton later said: The butterflies that we will see vary considerably throughout the season. Probably every 3 weeks during the season a substantially different set of moths will be observed.
Other outdoor programs are planned by OSFN, including a flora field trip with David Morris and a monarch tagging workshop with Audrey Armstong.
For more details on these and other activities, please visit www.osfn.ca

To conclude, a quote from Nature of The Healer by former journalist and Sun Times columnist of Owen Sound, John Wright: “Only now was the cool under the trees, the fragrant air on their faces, on their interests, their curiosity about flora and fauna so rich that they were still surprised that it was their home … Sometimes a stream tickled the rocks in the woods next to them. As dry men of the desert, they felt refreshed by such a delicious sound. “To learn more about this book and the rest of the series, visit www.wrighthistory.ca