â€œYou look at the kites and you can’t help but smile,â€ noted Lisa Willoughby, who hosts the Long Beach Island Kite Festival alongside the LBI Chamber of Commerce. And over the weekend, for the seventh annual event, the smiles were everywhere.

â€œDespite the weather on Sunday, our seventh annual LBI FLY kite festival was well attended,â€ said Calla Aniski Boyd, co-organizer of the event. â€œFriday and Saturday were both fun beach days at Ship Bottom and Long Beach Township, and we were even able to host the Sunday Night Fly at Barnegat Light after an interesting weather day.

â€œEvery year when we look around the beach and see it filled with all ages, looking at the kites, we know this event was a success,â€ she added.

On Friday morning some of the kiters held workshops for school children on the island, and in the afternoon the kites were deployed for a few hours on the beaches of Ship Bottom. That evening, an indoor kite competition was held at LBI Elementary School in Ship Bottom.

Starting at 10 a.m. on Saturday, people flocked to Ship Bottom and Long Beach Township beaches as colorful kites of all shapes and sizes filled the sky. 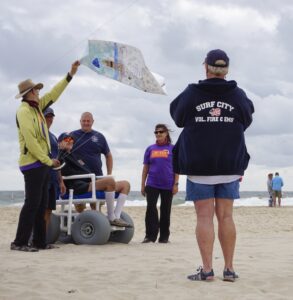 Later that morning, Surf City Volunteer Fire Co. and EMS hosted a kite for Matt Adams, assisted by festival organizers and kiters. Adams, 17, a junior firefighter with the Surf City Fire Company as well as a lifeguard and Eagle Scout, suffered a spinal injury on the last day of his freshman year of high school in June.

“The kiters really rallied around Matt,” said Willoughby, herself a professional international vaulter, as well as a festival organizer and judge, and champion of the Rokkaku dako (å…­è§’ å‡§) kites, who are Japanese traditional combat kites.

Willoughby created a Rokkaku kite for Adams, with illustrations by Cathleen Engelsen – an artist and auxiliary member of the fire company – and signed on with cheering notes from family, friends and the community.

â€œMatt hit me like a kid who is truly an inspiration,â€ she added. â€œI wanted to honor him somehow,â€ and she chose to make him a Rokkaku kite to represent his warrior spirit.

Children’s kite kits were also sold during the festival to raise funds for all of Adams’s medical needs. 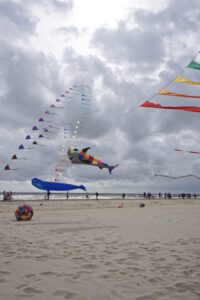 Although Willoughby missed many kiters from other countries who typically attend the festival – â€œIt’s a passion we all share and one that connects us across the worldâ€ – she thought this year’s event was a great one. success.

As the LBI Fly website, lbifly.com reports, â€œThe LBI Fly International Kite Festival was first held in 2015 to bring in bright and colorful kites, giant inflatable kites and the incredible sport kite show on our beautiful island â€, and every year since, the festival has kept its promises.

â€œI’m glad we can do this for the community,â€ said Willoughby, â€œand the kiters always feel very supported.â€

Glenn Davison, a kite artist and author from Boston, Mass., Is a friend of Willoughby’s who has been coming to LBI FLY every year since the festival began. 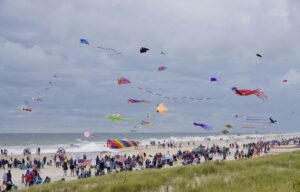 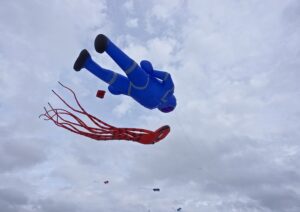 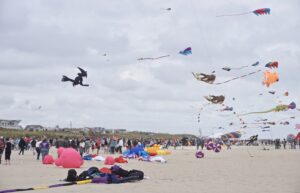